Wednesday the 9th of March was a particularly exciting day for all the children in Scoil Ghráinne and especially for the boys and girls of Mr McCarthy’s 4th class. News2day came to visit the school and to record the children speaking about what has now become their renowned knowledge of the 1916 Easter Rising. During their visit, the News2day presenter Nick listened to and recorded the boys and girls telling all that they know about three of the leaders of the 1916 Easter Rising. The leaders that the children spoke about were Padraig Pearse, Thomas Clarke and Joseph Plunkett.

The children were broken into three groups, each group taking one of the before mentioned leaders. Each member of the group spoke confidently and eloquently and in turn shared their knowledge of three of Ireland’s heroes with a national audience. Once all the children had been recorded the news and camera crew visited Seomra Chonn to get some images of the children doing their work in the classroom.

When the recording had finished, Nick, the presenter, and the RTE cameraman, spoke to Mr McCarthy. They were amazed by the knowledge that the children possess about one of the defining moments in Irish history. They were delighted to see the interest that the children hold for this topic. They spoke of how polite, pleasant and fun the children were to work with, a sentiment which Mr McCarthy was happy to agree with. As they left, they mentioned how inviting and attractive a place Scoil Ghráinne was. 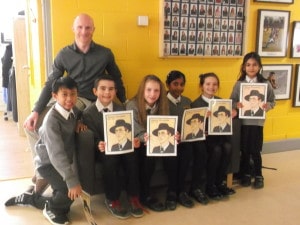 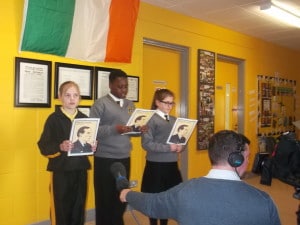 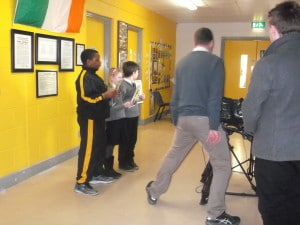 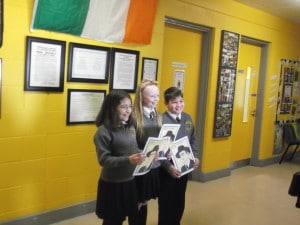 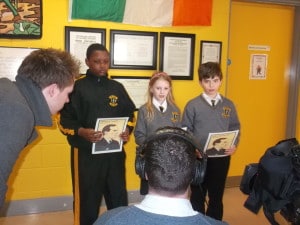