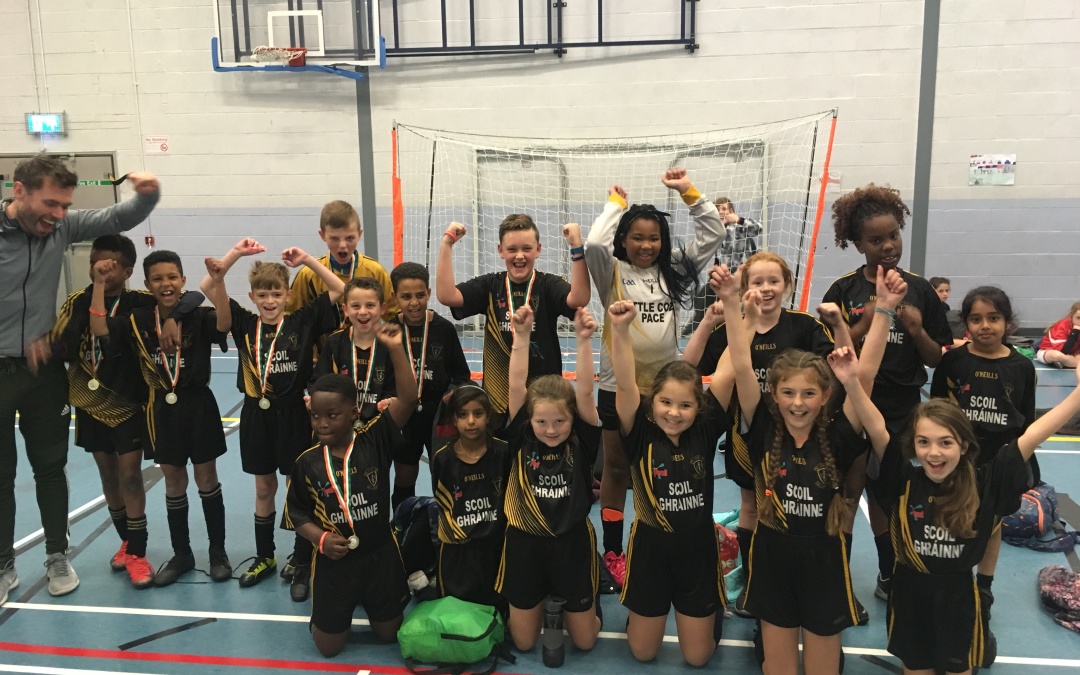 On the last Wednesday before mid-term, October 23rd, boys and girls from our 3rd and 4th classes took part in the annual FAI Schools Futsal/Respect Cup in Corduff Sports Centre. There had been weeks of training put in by lots of dedicated boys and girls after school. Before the tournament, we also had to design posters for the tournament under the title of “Respect” and our fantastic artists produced lots of great artwork. 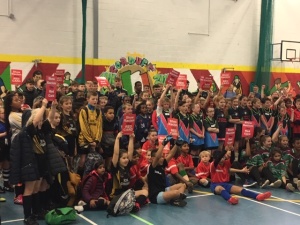 On the day of the tournament, the girls were pitted against 9 other teams from the Dublin 15 area, while the boys were pitted against 14 other teams. Both teams had a shaky start, with the nerves getting the best of the players during the first matches. However, after getting into their stride, both teams really improved throughout the day and they grew stronger and stronger as the day went on. 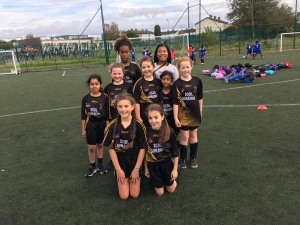 The girls team, none of whom had played in a real football match before, performed brilliantly on the day and got better and better with each game. After losing their first game by only 1 goal, they started to grow in confidence with every goal they scored and managed to win 3 of the rest of their matches coming 2nd in their group. Unfortunately only the top team went through though, so we just missed out. The girls gained valuable experience in teamwork and playing with and for each other. The excitement and success of the day will hopefully encourage these girls to join their local soccer club and keep improving their skills. 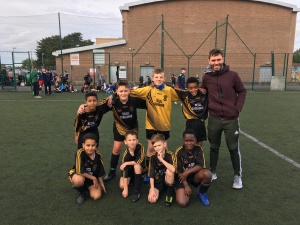 The boys team also had a shaky start losing our first match and drawing the next one. However they found their shooting boots and tightened up the defence and went on to win their last 2 group matches by a number of goals. They were lucky enough to reach the semi-finals as the highest placed runner-up. The Transition Year students who helped to run the day with the FAI coaches really encouraged the teams and the boys got huge confidence from the team-talks and huddles before the matches. A great 2-0 victory in the semi-final set Scoil Ghráinne up for a revenge match against the team who had beaten them in their first game that day. The final was a grueling match with both teams tired after having played 5 matches already that morning. It was a very tight affair with very little goal scoring chances for either side. Defences were on top and it was proving very hard for both teams to create goal-scoring chances. 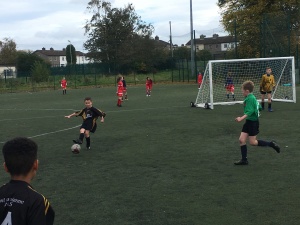 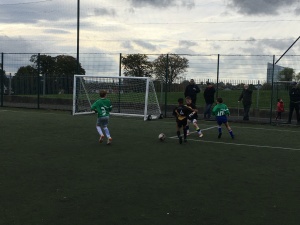 However with 2 minutes to go, Scoil Ghráinne put together a well-worked move and when the ball spun up in the air, our captain on the day plucked the ball out of the air with a magnificent volley to put Scoil Ghráinne 1-0 up. In a very nervous last couple of minutes, our goalkeeper and defenders stood tall and kept out a very determined opposition. The final whistle blew to great cheers from children, teachers and watching parents alike. The children of Scoil Ghráinne did the school proud and shook their opponents hands after the final whistle, after what had been a fantastic battle of skill and nerve. The Cup was all about showing Respect and while the teachers were proud of the boys for winning the match, we were even more proud of the humility and respect they showed their opposing teams after the final whistle. Scoil Ghráinne, in only our 2nd year of entering, had won the tournament and each boy was presented with a winners medal. 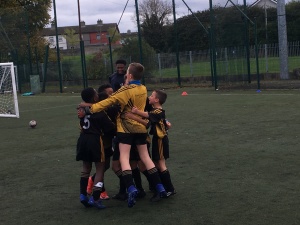 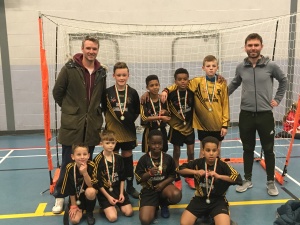 All of our children were presented with a certificate for participating in the tournament. After last year’s success in the Hurling Final in Croke Park, it was great for Scoil Ghráinne to win another tournament and keep building on our sporting achievements. Well done to all the boys and girls who took part in the tournament and also all those boys and girls who had been training so hard since the start of the year. Til next year…Olé Olé Olé!!! 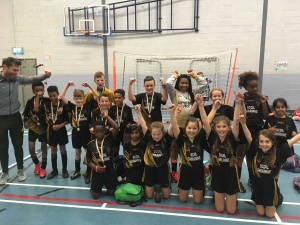