Seomra Setanta Learned about the Titanic

Seomra Setanta have been learning all about the Titanic. We think it is really really interesting!

After learning about the Titanic we wrote reports. 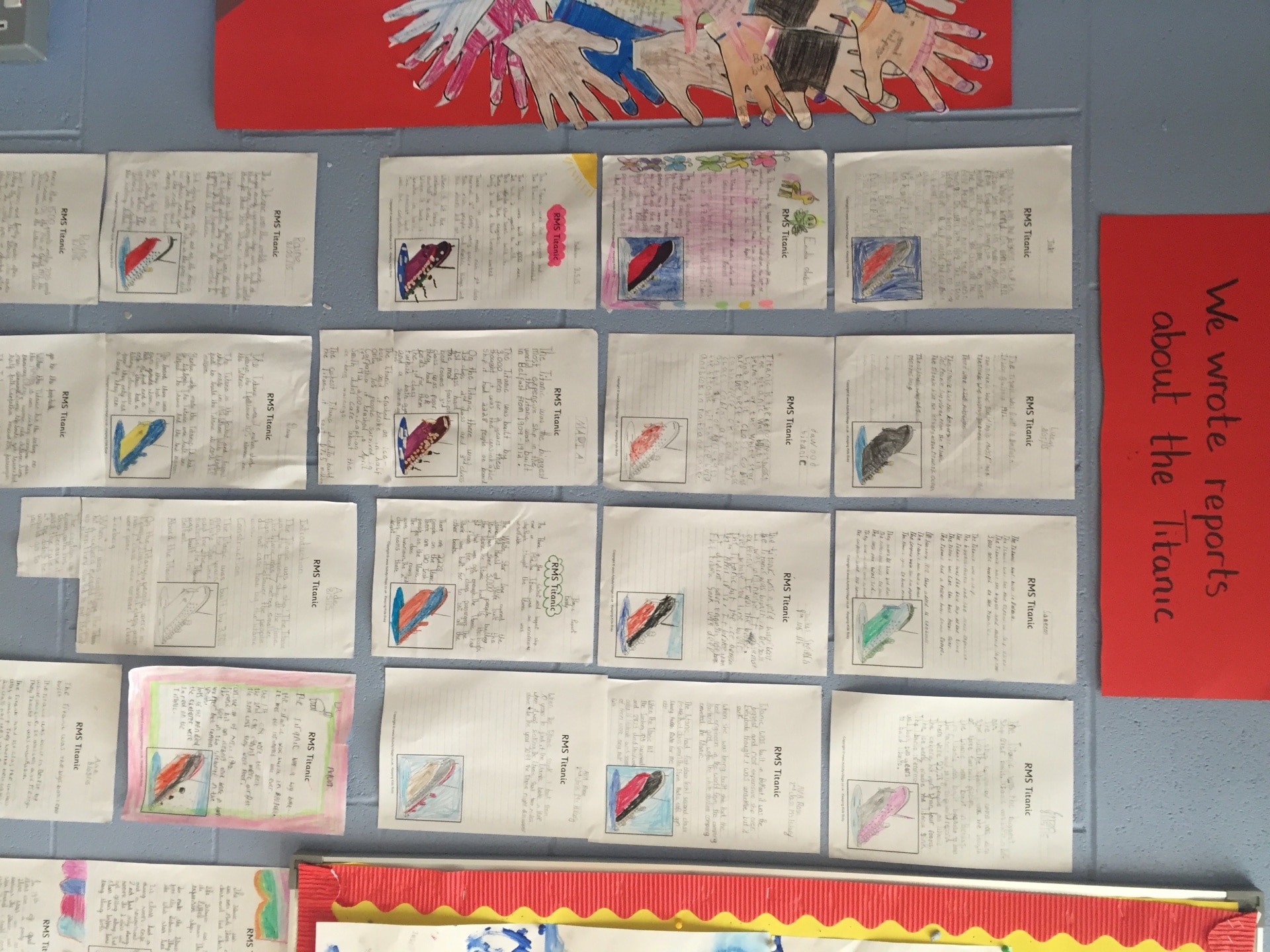 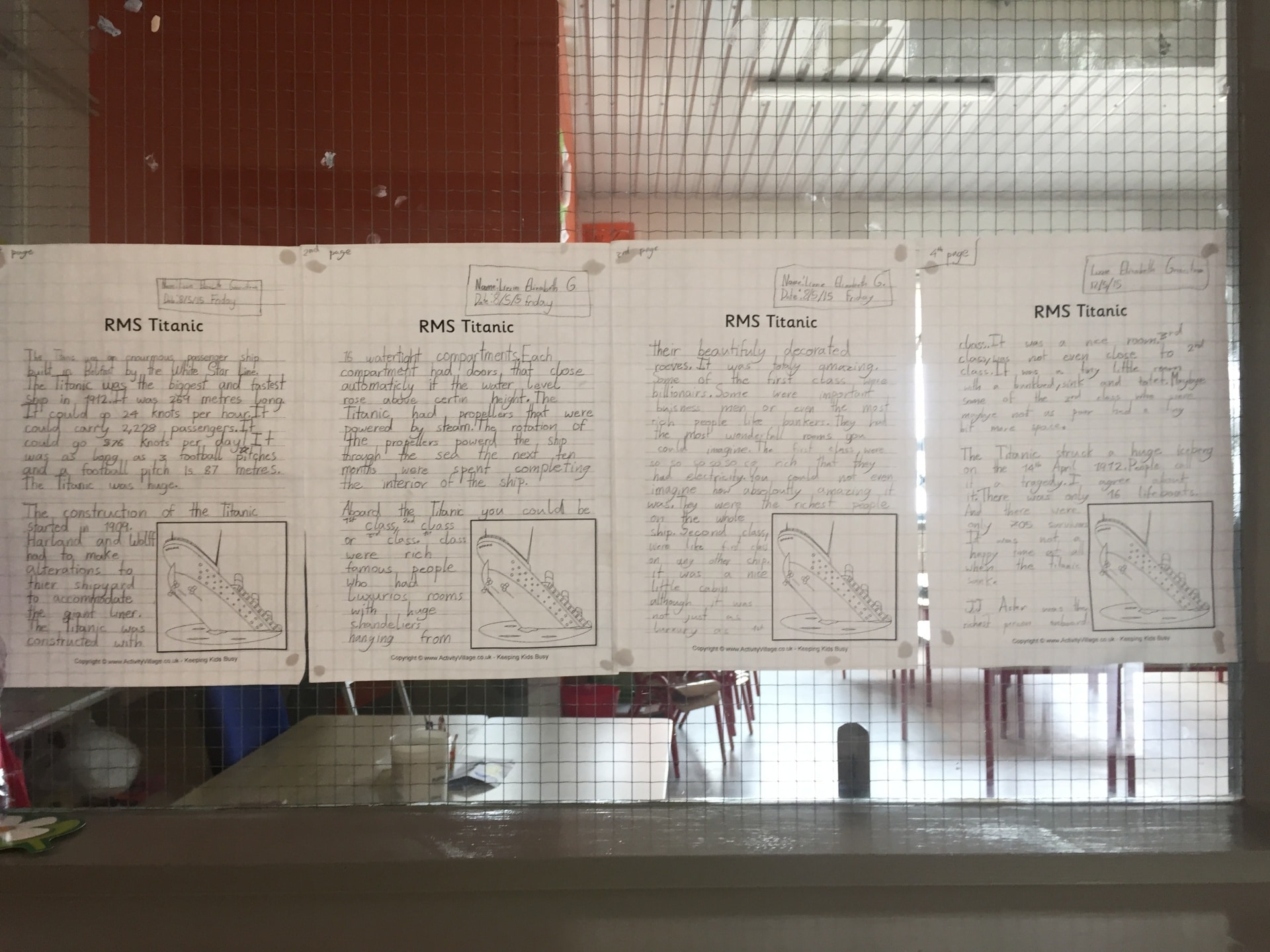 We created a Titanic timeline and we painted the Titanic for art. 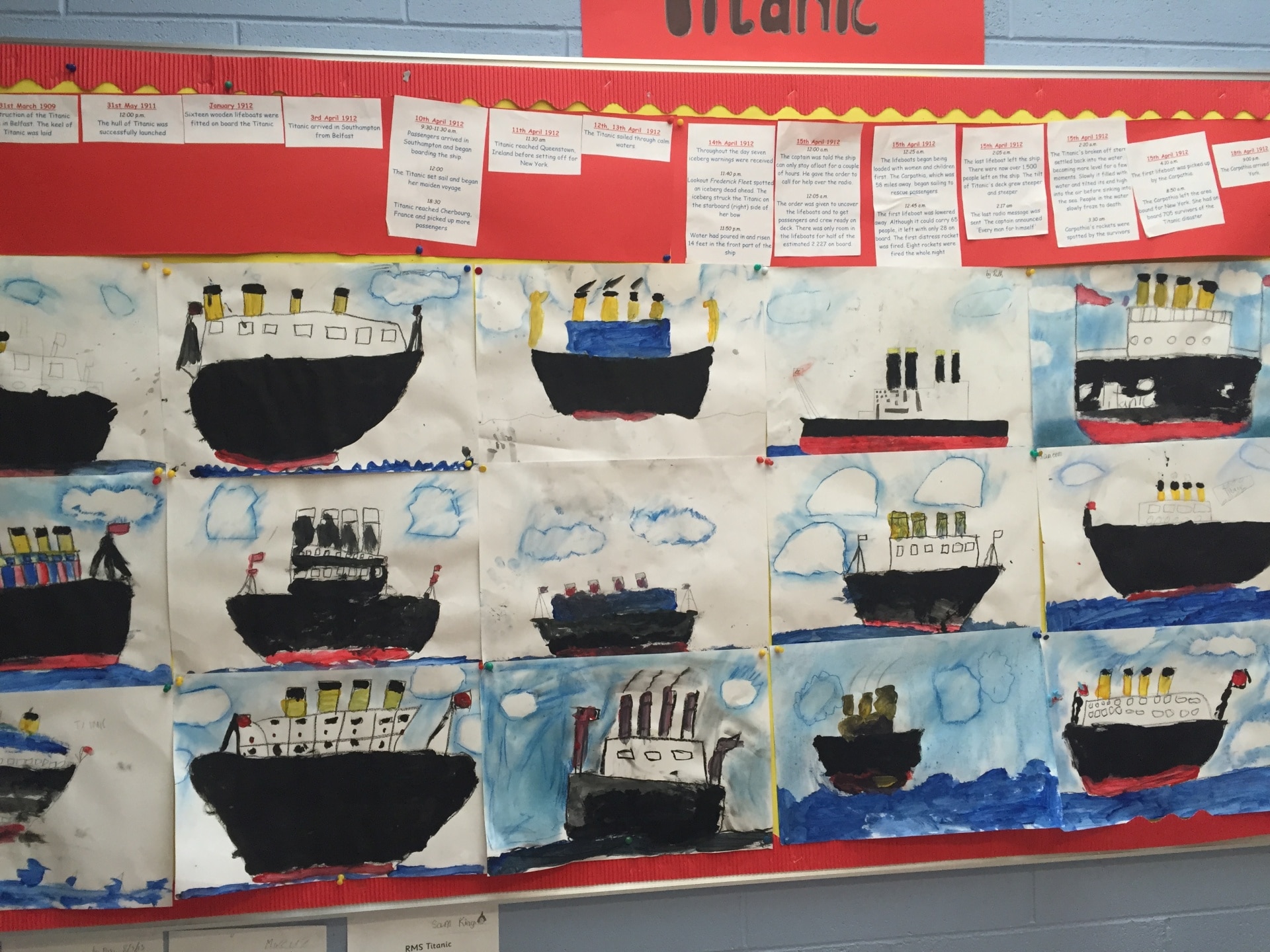 And we created projects about the Titanic too! We have been very busy! 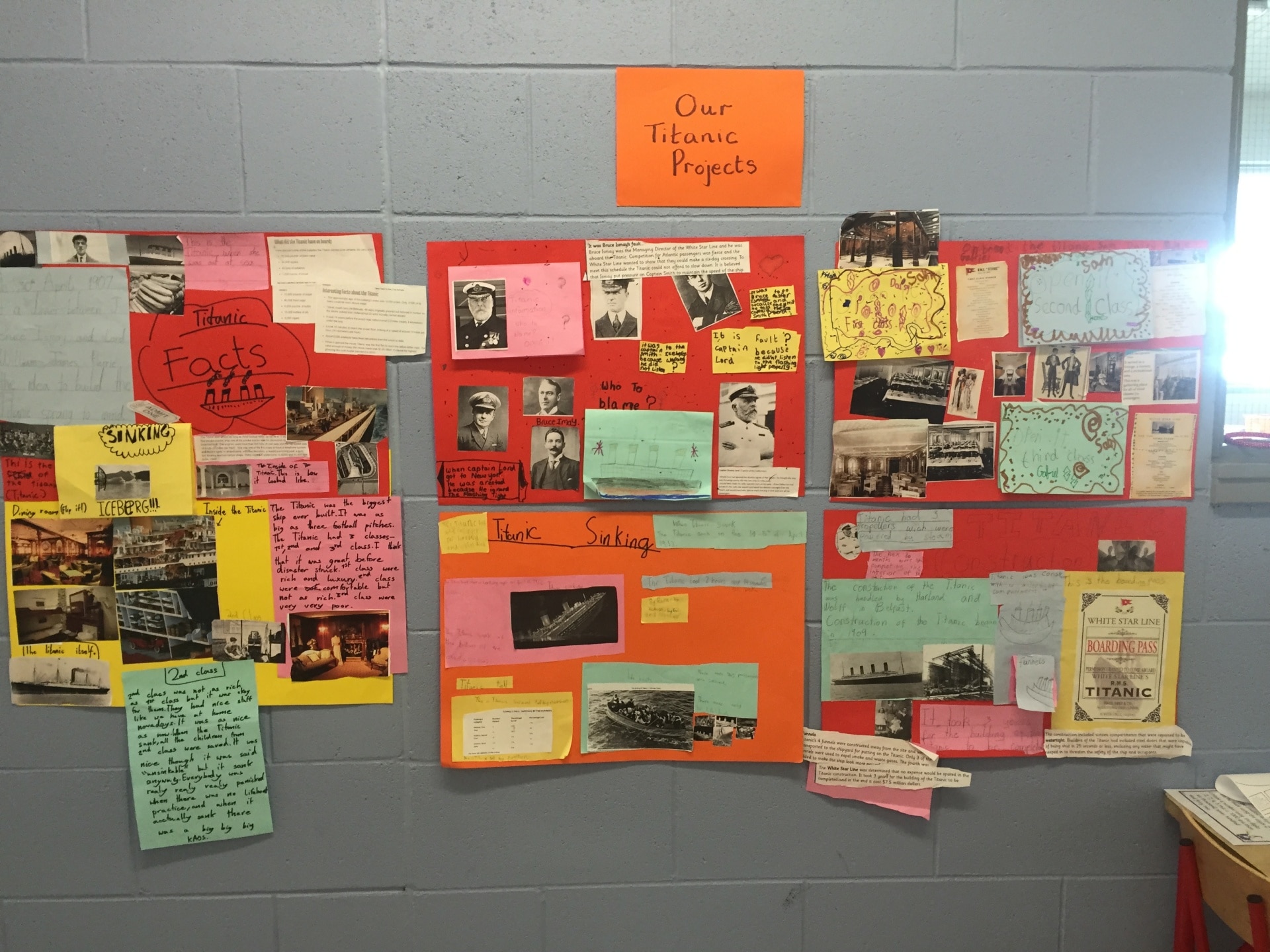 Here are some of our favourite Titanic facts;

The Titanic was built in Belfast.

It cost $7.5 million to build the Titanic. It was the most luxurious ocean liner of its time.

The Titanic was as long as three football pitches.

It only had lifeboats for about half the passengers.

It took two hours and forty minutes for the Titanic to sink after it hit an iceberg.

Under normal circumstances Grants School Uniform suppliers would have a pop-up shop in the school for parents/guardians to purchase school uniforms and tracksuits. This year Grants are unable to offer this service as a result of the ongoing Covid-19 situation. However, Grants can now process online orders at www.grantsuniforms.ie
Please see the attached documents for more information.
Information Leaflet
Grants Brochure
Scoil Ghrainne Price-List 2020
Many thanks,
Ken Scully
_________________________________________

If you are having issues receiving notifications through the Aladdin Connect App that is because:

1) You may have registered for Aladdin connect, and downloaded the app, but have not completed the step to verify your number. To fix this verify your phone number to receive app messages.

Given the most recent announcement that schools are to remain closed for the remainder of the school year I can confirm that Scoil Ghráinne CNS will be using the Seesaw platform to deliver distance/remote learning to all children from all classes. Unique access codes were released to all children on Friday 17th April through the Aladdin Connect App. Your child will be able to use this unique access code to access all materials on Seesaw. Ahead of assigning educational activities and tasks to your child we need you to go to ‘Permissions’ on this Aladdin Connect App to give your ‘Consent’ for your child to use the Seesaw platform. If we do not get consent we will not be able to engage with your child through the Seesaw platform.